Effects Of Nutrient Synergy In High Blood Sugar And Its Complications 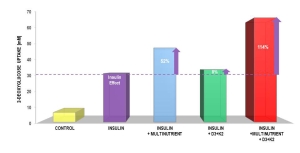 Although many chronic health conditions increase the severity of COVID-19, it has been observed that diabetes patients are at significantly higher risk of serious disease, complications, and death from COVID-19. Currently, 1 in 11 adults in the world has diabetes, and it is estimated that by 2050 almost 1 in 3 people will have diabetes or pre-diabetes. More than 34 million Americans have diabetes and 7.5 million have pre-diabetes. 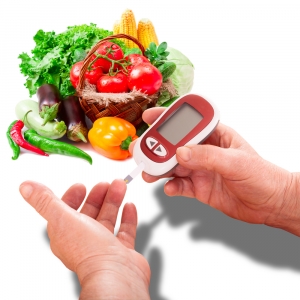 Diabetes, which is characterized by elevated blood glucose levels, is the fastest growing non-communicable disease in the world today. In the last two decades, the number of people suffering from diabetes has skyrocketed and it is projected to increase from 171 million in 2000 to 438 million in 2030. Approximately 6000 Americans are diagnosed with diabetes. Type II diabetes has been considered by many as a disease affecting older and overweight people; however, it is now more frequently diagnosed in children and young adults under 25 years of age, as well as in individuals that are not necessarily overweight. Sustained high blood sugar levels can lead to serious diabetic complications including atherosclerosis, stroke, kidney failure, neuropathy, impaired wound healing, and cataracts, and it can lead to long-term disability.

The Role Of Micronutrients In Diabetes In Children- Part 2 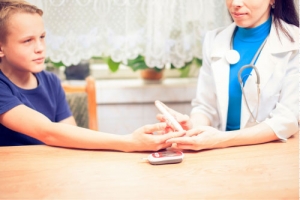 In the last issue of the Health Science News Page we described the causes and effects of diabetes in children. Typically, type 1 diabetes affects children. However, due to poor diet and increasing obesity, type 2 diabetes is becoming common in children. While insulin and metformin are the FDA approved drugs for diabetic children, many other drugs are also used that are not tested in the younger population and, other safer avenues of addressing diabetic-related health issues are not emphasized enough.

The Role Of Micronutrients In Diabetes In Children- Part 1 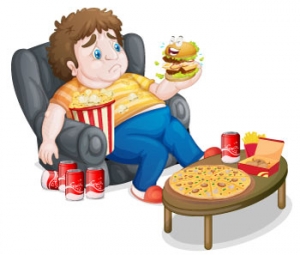 Diabetes is one of the most common non-communicable diseases worldwide. It is no longer a disease of the ageing population in developed countries. Diabetes or pre-diabetes is increasingly being diagnosed in the younger population everywhere and most markedly in developing countries. Diabetes has reached epidemic proportions worldwide and this disease is at the forefront of public health challenges the world faces this century. The number of people around the world living with diabetes has skyrocketed in the last few decades and 422 million people were diagnosed with diabetes in 2014.