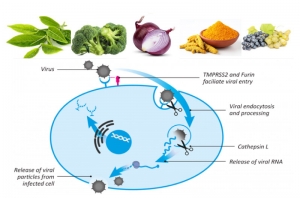 More than a year after the emergence of COVID-19 the world is still at a standstill facing rapid spread and new mutations of SARS-CoV-2. Many countries are struggling to have any grip on this pandemic and dealing with scarcity of new vaccines. Despite implementing preventive measures like hand washing, masks, and social distancing, the daily infections and deaths attributed to COVID-19 continue to rise.

Worldwide, 2.2 million people died of this infection with upwards of 104 million COVID-19 cases. Drastic lockdowns threw millions of people into extreme poverty, hunger, and malnutrition, and due to lack of access to nutritious food, more people have compromised immunity, thus increased susceptibility to infections. Although pharmaceutical companies are racing to produce drugs and anti-SARS-CoV-2 vaccines became available, their efficacy is now being questioned with rapidly mutating coronavirus variants. It is a well-known fact that people with pre-existing conditions such as diabetes, heart disease, and cancer have impaired immunity and are prone to serious complications from COVID-19. In this critical situation, several clinical trials have been conducted with vitamin C and other nutrients in COVID-19 patients, some with promising results. Health care providers also turned to natural approaches to improve immunity and curb the spread of infections. 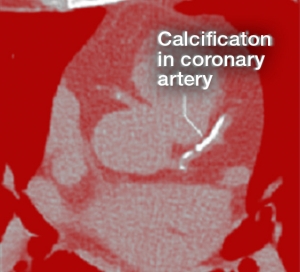 The pharmaceutical industry has successfully made us believe that cholesterol is an undesirable and harmful substance in the body and the lower the cholesterol, the better it is for our health. Statins, the cholesterol-lowering drugs, are the most prescribed drugs worldwide. In addition to decreasing cholesterol, there are also claims of statins having various cardiovascular health benefits. At least 200 million people worldwide are prescribed statins such as lovastatin, atorvastatin, simvastatin and others that are sold under different brand names. However, despite the ever-increasing prescriptions for statins, cardiovascular disease is escalating and continues to be the leading cause of death.

Vitamin C: The Critical Nutrient In The Covid-19 Pandemic 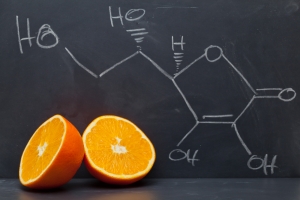 Vitamin C is a vital nutrient for human health and survival. It is well known that the human body does not produce vitamin C, and it must be obtained from food sources and dietary supplements. Yet, a clinically significant deficiency of vitamin C is the fourth leading nutrient deficiency in the US.

Recently, vitamin C has gained a renewed importance in the COVID-19 pandemic because of its immune modulating properties. Although not approved as a treatment of COVID-19, intravenous vitamin C was one of the first options successfully used in several hospitals in New York, China, Italy and other places at the peak of COVID-19. A review of 18 clinical trials covering more than 2000 patients analyzed the effect of vitamin C and ICU stay. The authors stated that in at least six of those clinical trials even oral vitamin C doses of 1-3 g/day were enough to reduce the ICU stay by 8.6%.* 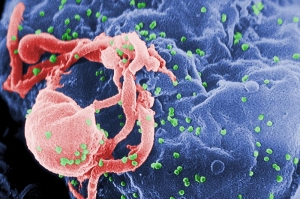 Acquired immune deficiency syndrome (AIDS) has become a worldwide epidemic and health threat. In 2012, about 34 million people worldwide were living with HIV, the human immunodeficiency virus linked to AIDS. In the US, 1.2 million people are infected with HIV with 50,000 new infections occurring every year. The World Health Organization (WHO) estimated that about 2.2 million new HIV infections occurred globally in 2012.

In the US alone, 2.7 million people are at risk of a serious stroke and other health problems triggered by irregular heartbeat or arrhythmia. The most common form of arrhythmia is atrial fibrillation, which contributes to 80,000 deaths annually in the US. It is predicted that by 2050 as many as 12 million people will be affected by this condition. Treatment of atrial fibrillation is associated with tremendous cost for the patient and our health care system.

Atrial fibrillation occurs when the cells that create or conduct the biological electricity of the heart beat are not functioning properly. This can be manifested by rapid or irregular heartbeat, palpitation, dizziness and in severe cases shortness of breath, and chest pain. This condition affects the elderly, people with diabetes, high blood pressure, thyroid abnormalities, or any type of heart disease, as well as younger athletes.

In any form of irregular heartbeat, you should consult with your doctor. However, do not be surprised that conventional medicine cannot always identify the root cause of this problem, mainly because it misses the most common cause of the malfunction in the metabolism of cardiac cells.

Considering the lack of satisfactory options, we evaluated the possibility that the dysfunction of the heart muscle cells may be a result of a long-term deficiency of vitamins and other micronutrients, which are the key carriers of bioenergy in the metabolism of heart cells. Such deficiency especially affects the “electrical” cells of the heart, which need large amounts of energy to create the electrical impulse for a heartbeat. Optimum bioenergy generation in cells depends on micronutrients such as, vitamin C, lysine, CoQ10, carnitine, the B vitamins, and many others.

Our double-blind placebo controlled multi-center clinical study* involved 131 patients between 18 and 70 who were taking anti-arrhythmic medications with little success. All participants were randomly divided into two groups: half took a multi-nutrient program daily and half an identically looking placebo. Evaluation after three and six months of the study showed that after just three months, about 23% of the participants taking supplements experienced a decrease of arrhythmic episodes and after six months, this number almost doubled to 43%. Other study participants in the supplement group experienced a significant decrease in the frequency of arrhythmic episodes. In addition, there was a remarkable improvement in their quality of life as shown by a specific questionnaire.

The results of this clinical study bring hope for millions of people suffering from atrial fibrillation and those who want to maintain healthy heart function.