The Role Of Micronutrients In Diabetes In Children- Part 1 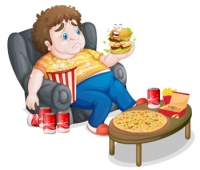 Diabetes is one of the most common non-communicable diseases worldwide. It is no longer a disease of the ageing population in developed countries. Diabetes or pre-diabetes is increasingly being diagnosed in the younger population everywhere and most markedly in developing countries. Diabetes has reached epidemic proportions worldwide and this disease is at the forefront of public health challenges the world faces this century. The number of people around the world living with diabetes has skyrocketed in the last few decades and 422 million people were diagnosed with diabetes in 2014.

Diabetes is characterized by high levels of blood glucose resulting from defects in insulin production, insulin action, or both. Type 1 Diabetes is an autoimmune disease and develops when the body's immune system destroys specialized cells in the pancreas (beta cells). These are the only cells in the body that make the hormone insulin thereby regulating blood glucose. Therefore, with type 1 diabetes daily administration of insulin is required for survival. This form of diabetes usually strikes children and young adults, although disease onset can occur at any age. Although the exact cause of type 1 diabetes is unknown, it is thought to be an autoimmune condition. The body’s immune system damages the pancreatic cells, and consequently the body stops producing insulin.

Type 2 Diabetes is adult onset diabetes and begins as insulin resistance, which means the cells do not use insulin properly. However, although type 2 diabetes is mostly adult onset, it is increasingly being diagnosed in children and adolescents as well due to several metabolic and environmental factors. Similar to adults, abdominal obesity is one of the most common causes for early onset type 2 diabetes in children. Insufficient physical activity is considered one of the ten leading risk factors for death worldwide and is a key risk factor for diabetes. According to the World Health Organization, over 80% of the world’s adolescent population has insufficient physical activity.

Additionally, the nutritional content of the daily diet of children is decreasing due to excessive processed food and genetically modified foods. The most common foods such as soft drinks, cereals, snacks and ready-to eat meals which are targeted to, and consumed by the young children and adolescents, contain excessive amounts of sugar, thereby increasing their risk of diabetes. High Fructose Corn Syrup (HFCS) as an inexpensive ingredient and has become the most commonly used sweetener in processed foods. It has been shown that as little as four weeks of a moderate fructose diet can increase blood cholesterol and glucose levels. Fructose can induce metabolic syndrome including insulin resistance, coronary microvascular disease, and oxidative stress. Processed food consumption not only decreases the nutritional value of food, it increases inflammation in the body and free radical damage. Appropriate micronutrient supplementation may repair such cellular damage.*

Continuous exposure to higher amounts of glucose leads to cellular damage and various complications. Although children with type 1 and type 2 diabetes can be asymptomatic for a long time, they are at a higher risk of early onset cardiovascular disease, kidney damage, nerve damage, and vision loss than healthy children. Gum disease, arthritis, osteoporosis, thyroid, digestive, and behavioral problems are also diagnosed more frequently in children with diabetes than their peers.

Conventional treatments focus only on decreasing the blood sugar levels. Although the FDA has approved only metformin and insulin for use in diabetic children, many other drugs are used in children and most of them are not tested in the younger population. There are several ways to reduce the risk of diabetes including appropriate use of micronutrients. We will explore the importance of micronutrients in the management of diabetes in children in the next issue of the Health Science News Page.

*S. Guida, A. Niedzwiecki, Diabetes in Children and the Role of Micronutrients, Cellular Medicine and Natural Health Journal