Micronutrients Can Protect From Cell Damage Caused By Radiation Exposure 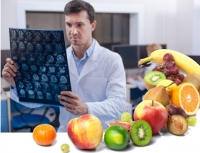 In our last issue of the Health Science News Page, we discussed the hazards of radiation exposure. Body imaging through X rays and CT scans are extremely essential and can be lifesavers in many cases of emergencies. However, due to non-invasive, fast and painless ways of diagnosing, X rays and CT scans have been used in excessive amounts.

In the past few decades, everyone gets excessive and unmeasured radiation exposure through sources such as substances in the earth’s crust and space, microwave ovens, electric power lines, radio signals, cell phones, airport scanners and even transcontinental flights. A recent study highlighted that even the minimal dose of radiation received from these sources has a cumulative effect and is proven to lead to damage to cellular DNA, which could lead to cancers decades after the exposure.

Children, young adults, and women have the highest risk of developing radiation-induced cancer in their lifetime. Some experts estimate that approximately 40-50% of pediatric CT scans are unnecessary. Children are 10 times more sensitive to the same dose of radiation as an adult, and one-third of those getting a CT scan are 10 or younger. The bones and the torso of children is thin and thus does not offer enough protection from radiation-induced damage to their vital and reproductive organs. Children have a longer life span ahead of them to manifest the hazards of radiation after such unnecessary exposure. Moreover, during their growing years the immature and rapidly dividing cells are more prone to suffer DNA damage. Women are equally at higher risk to developing diseases after radiation exposure. One study projected that 1 in 270 women who undergo a cardiac CT scan at age 40 to study coronary blood vessels will develop some form of cancer, as opposed to 1 in 600 men who undergo the same procedure.

Though everyone should be careful and try to avoid excessive radiation, it may not be always possible. Therefore, it is important to incorporate a daily regimen of micronutrients in the diet.

Vitamins C, A and E: In addition to other protective effects, vitamin C is most important in preventing genetic damage to chromosomes and it also protects bone marrow cells. It also acts synergistically with antioxidants like vitamins A and E to prevent radiation-induced death of healthy cells and induce cell death (apoptosis) in damaged cells.

Phytonutrients: Green tea extract is unique in providing protection to rapidly dividing cells in the digestive system and bone marrow and reducing the damaging effects of the impact of radiation. Quercetin provides protection to chromosomes and mitochondrial DNA. Resveratrol protects the most radiation sensitive tissues in the liver and digestive organs. Curcumin protects normal cells from radiation damage as well as it increases the activity of the genes responsible for cancer cell death.

Other nutrients: N-Acetyl-Cysteine (NAC) is known to synergistically act with vitamins C and E to protect the cells even when it is taken immediately after radiation exposure. Minerals like Zinc and Manganese are also vital cofactors in natural antioxidant protection. Zinc is known to selectively protect bone marrow, and especially the red blood cells. Zinc and Manganese together provide powerful protection to cellular mitochondria.

Although many of these studies are conducted in controlled laboratory settings, it is already recommended that airline crews and astronauts take high doses of antioxidant micronutrients. In general, people do not take such precautions due to a lack of health awareness. It is crucial to take control of our own health by continually maintaining the antioxidant levels in the body and increasing them as necessary.