Micronutrients - Not Statins - Are The Modern Approach To Heart Health 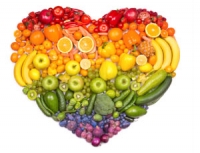 Despite ever increasing prescriptions for the cholesterol-lowering drugs knows as statins, cardiovascular disease continues and is expected to increase 40% worldwide by 2030. Atherosclerosis, the underlying cause of heart attacks and strokes, causes a staggering 17 million deaths each year.

This disease persists because conventional medicine has consistently failed to address its root causes; instead it focuses merely on its symptoms by mechanical lowering of blood cholesterol levels, blood pressure, and blood sugar with drugs. It is now becoming evident that targeting blood cholesterol has not been successful in controlling heart disease.

After over two decades of prescribing and promoting statins, the benefits of these drugs have been increasingly questioned by medical professionals as not showing consistent clinical evidence of decreasing cardiovascular events and mortality. A most recent study in the Royal Pharmaceutical Society’s Pharmaceutical Journal presents arguments about the end of the cholesterol hypothesis of heart disease1.

In 2016 in a despicable effort to protect the drug markets, the U.S. Preventive Services Task Force issued guidelines for physicians recommending statins for all adults between the ages of 40 to 75 even if they do not have any history of cardiovascular disease but do have at least one risk factor such as high cholesterol, diabetes, high blood pressure, or smoking. In addition, it was recommended that these drugs should be taken by everyone over age 75. Currently, approximately 60% of the US population is already taking statins and the new guidelines can add at least 56 million more people, including children. At the same time, the fact that up to 29% of statin users are predisposed to diabetes, kidney problems, dementia, heart failure, and irreversible muscle damage has been consistently underemphasized.

In addition to administrative measures, the pharmaceutical manufacturers of statins increasingly distort the outcome of the clinical studies with their drugs. One example is a clinical trial published in 2015 in the Journal of American College of Cardiology which showed that while statins lowered the blood lipid levels, they also doubled the calcification score in the coronary arteries. The interpretation that hard (calcium-rich) plaques are less prone to rupture than the soft (cholesterol-rich) plaques did not hold for long. The follow up studies confirmed that the coronary calcium score is a far more significant indicator of cardiovascular risk than the cholesterol levels.

It is only a matter of time until the truth that high cholesterol is not the cause but a symptom of cardiovascular disease is widely accepted. Over the years, Dr. Rath’s concept that a long-term deficiency of micronutrients damages the artery walls and increases demands for cholesterol as its repair factor has accumulated strong scientific and clinical support. It is the only concept that answers key questions in cardiology research and explains the critical role of micronutrients in supporting the integrity and stability of the vascular walls. A significant aspect of our work showed that proper micronutrient intake can have cardiovascular benefits even in cases of a high predisposition to heart disease.

In our study we used a unique animal model that mimics the risk of heart disease in humans by combining two critical risk factors: high blood pressure and genetic predisposition to high cholesterol. Animals with these extreme risk factor profiles benefitted significantly from a dietary intake of micronutrients consisting of vitamin C, lysine, proline, and others. In the micronutrient supplemented group there was 60% reduction of fatty deposits in the artery walls, severity of atherosclerotic lesions was lower by 31%, plasma LDL cholesterol decreased by 66%, and total cholesterol by 32%. In addition, there was reduced artery wall “tearing” and blood clot formation resulting in reduced risk of blocking blood flow in the arteries of the heart and brain.

These compelling results prove the efficacy of the synergistic micronutrient mixture in simultaneously affecting biological mechanisms associated with extreme risk factors for heart disease without the associated side effects of statins or other medications.